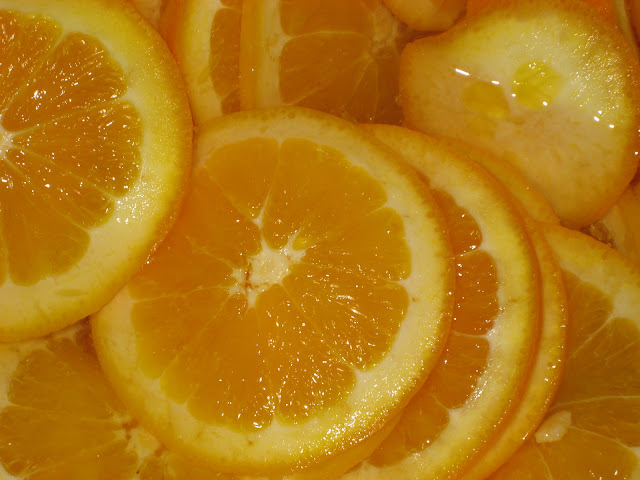 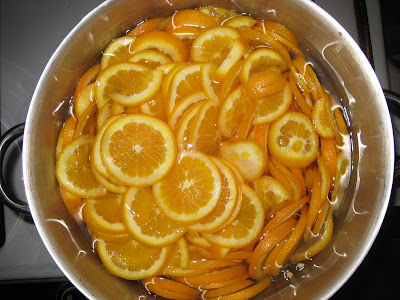 I recently rediscovered a recipe for Orange Marmalade. I wrote it down many years ago while my neighbor Harry, who was 80 some years old, make his orange marmalade.

We talked over the fence almost everyday while attending to our vegetable gardens. It was my first real garden, although I helped my Mom in her garden occasionally while growing up in Minnesota. But this was in South Africa and I had a lot of questions. Gardening was Harry's passion, and he loved sharing his knowledge.

The oranges came right off his tree in the yard, sliced and then into the pot. His recipe takes 3 days to complete. Everyday he called me over to his simple home which really was a brick rectangle consisting of a bedroom bathroom and kitchen/ living room. It's was sparsely furnished with concrete floors, just stepping into the house felt like stepping back into a simpler time.

While he stirred the pot he explained the art of marmalade making. And when there was no more to be said on that subject he would tell me the story of his life. He served in the Rhodesian War , and although he spoke of his family, the war seemed to be the pertinent topic. I don't remember the details, though I'll never forget the animation in his face as he told me about his experiences. People love to tell their story when someone is listening and even the most simple of life is interesting when told to a friend. 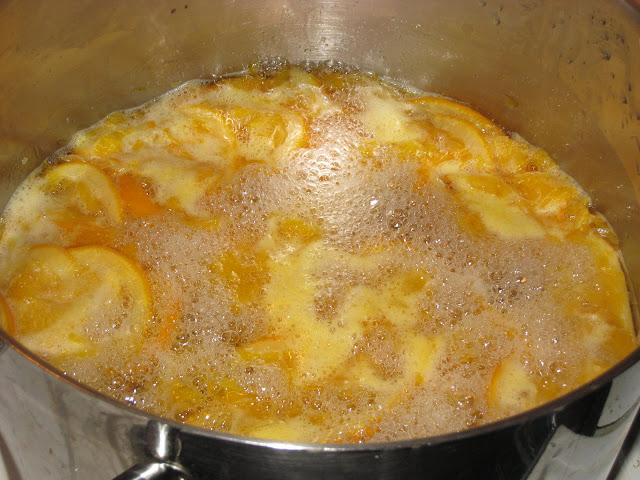 It is a time I will not forget and which was repeat several months later while he taught me how to make Plum Jam!

My Marmalade came out great! Homayoon insist that I use a special orange from SA, as you can see from the picture they have no seeds and thinnish skin. Harry called it Rex Union Orange Marmalade. YUM! 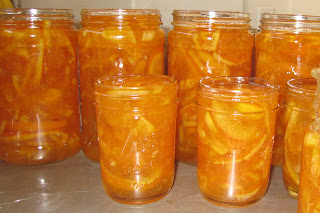