From Beginning to End Part 2 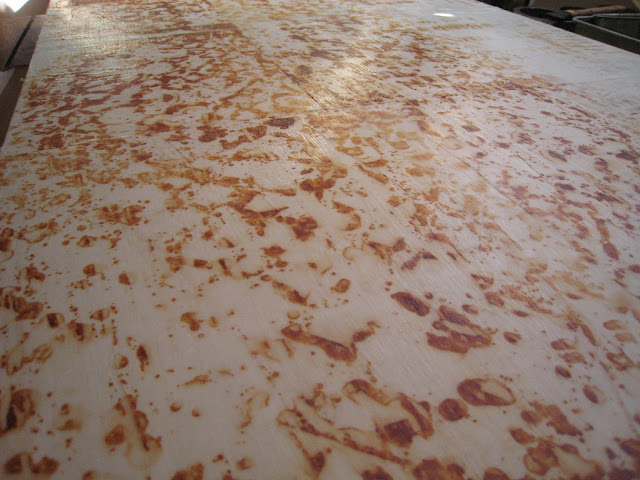 First layer of wax has been painted on.

Fusing the first layer of wax with my handy torch. You can't see the flame but you can see on the canvas the patch of shiny wax which has melted. 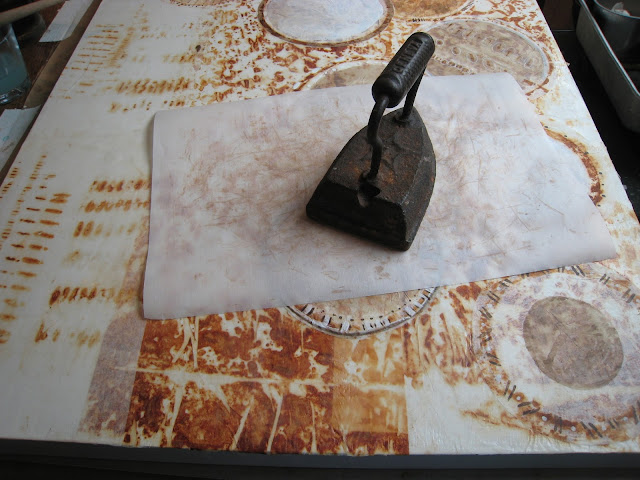 After a full day and a half of arranging and rearranging the painted rust prints I use an old iron heated on my hot plate to fuse them to the first layer of wax. The weight and heat of the iron fuse the paper perfectly into the piece. 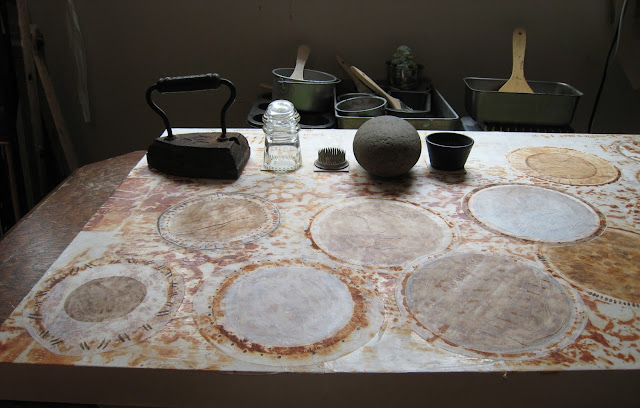 Before painting the second layer of wax and resin I decided the piece needed some squares, this is the point in the work where you started to react to the piece rather then forcing it into my original concept. Maybe you could say you start to deal with the reality rather then the imagined? So I grabbed objects around the studio to weigh down square cut outs, which will later be removed and the empty space be filled with white wax. The objects looked so cute lined up on the canvas I had to take their picture :-) 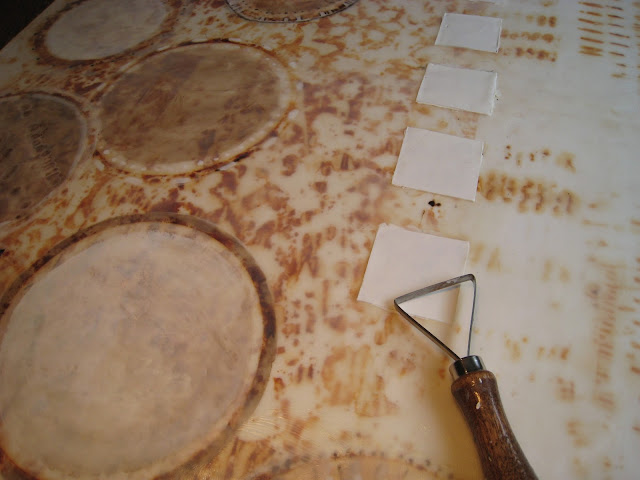 Second layer of wax has been painted on and fused, now it is time to start scrapping  I may add a third layer and then I get to make some marks in the wax, FUN!

Posted by Cathy Missaghi at 5:03 AM