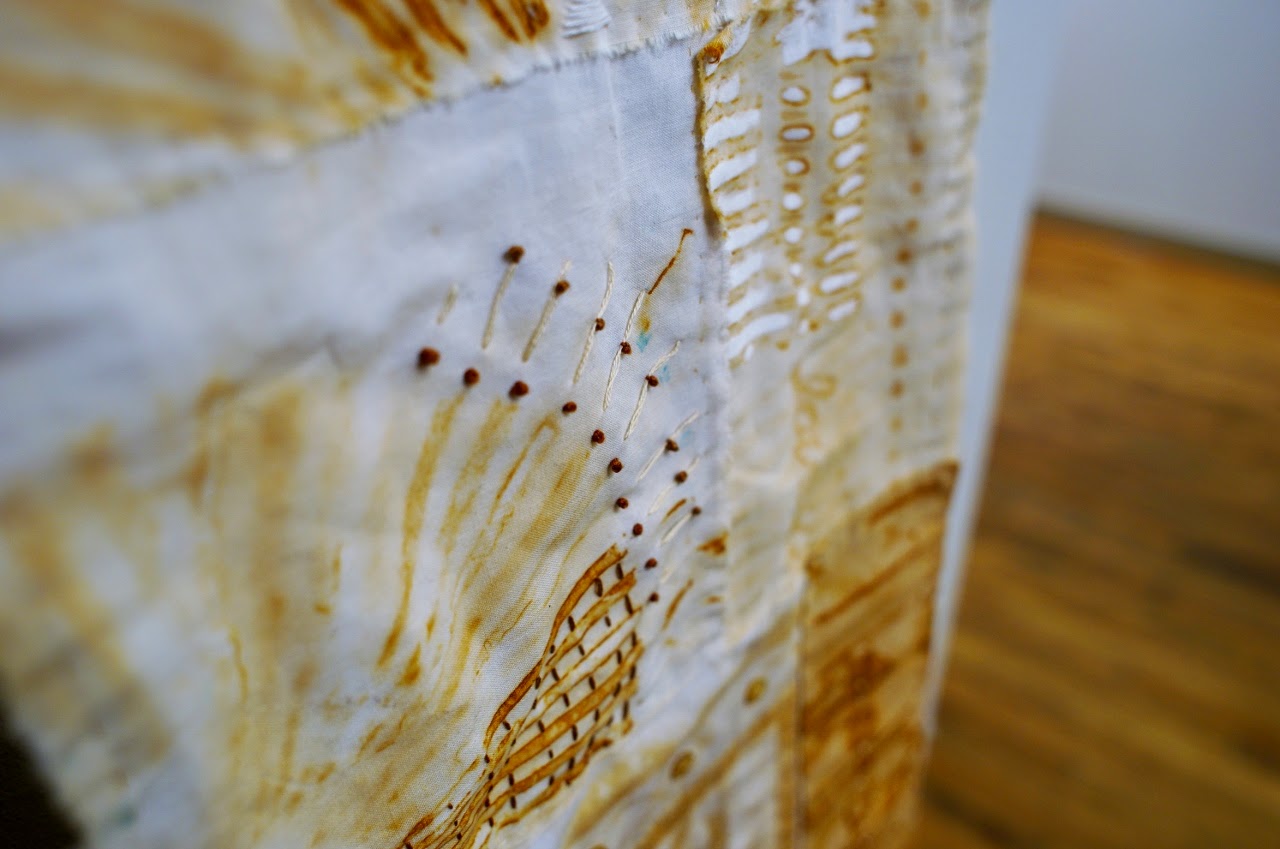 When I decided to add textile to my show I wasn't sure what I wanted to do. So I started just by playing. Rusting many ,many pieces of fabric. No rules just any combination of rusty things I felt like at the moment. Over several months of printing I had an interesting collection and learned a lot about rust printing in the process. However still didn't know exactly what I was gonna do with them. 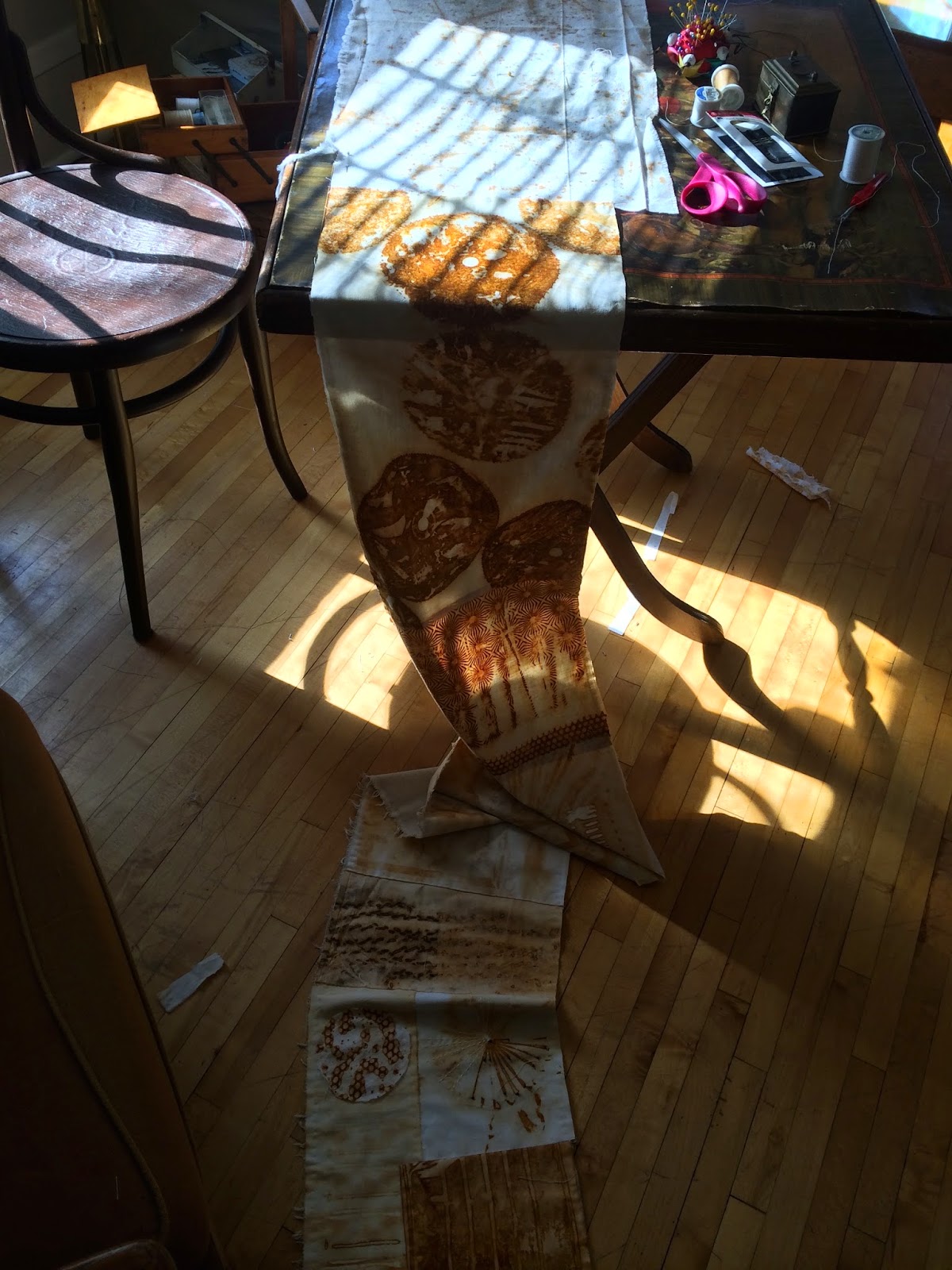 One hot summer day while driving we saw a garage sale sign, after debating should we check it out...we were feeling very lazy with the heat, we stopped. On the end of the driveway next to the free stuff was this typewriter. Not the most exciting one I've yearned for ,but it caught my eye. It wasn't old enough or rare enough it didn't work and frankly had a smell, but the spell had been casted and the owner know it. He told me the story, it belonged to his father who was a war correspondent, he used the typewriter for his work. The owner and his companion were jovial, talkative people, who were not gonna let me leave without the typewriter despite my protest and better judgement (what was I gonna do with this thing?) 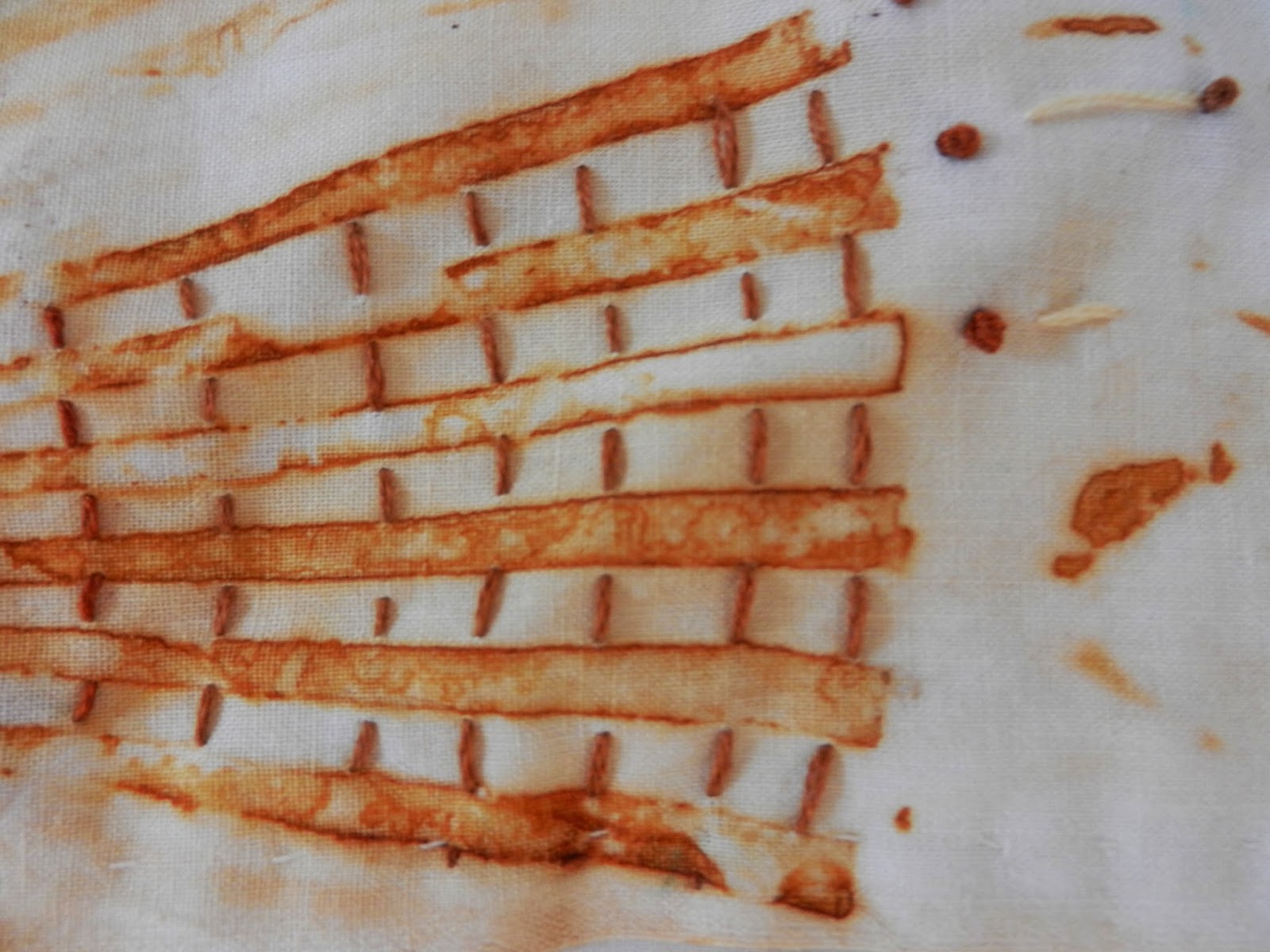 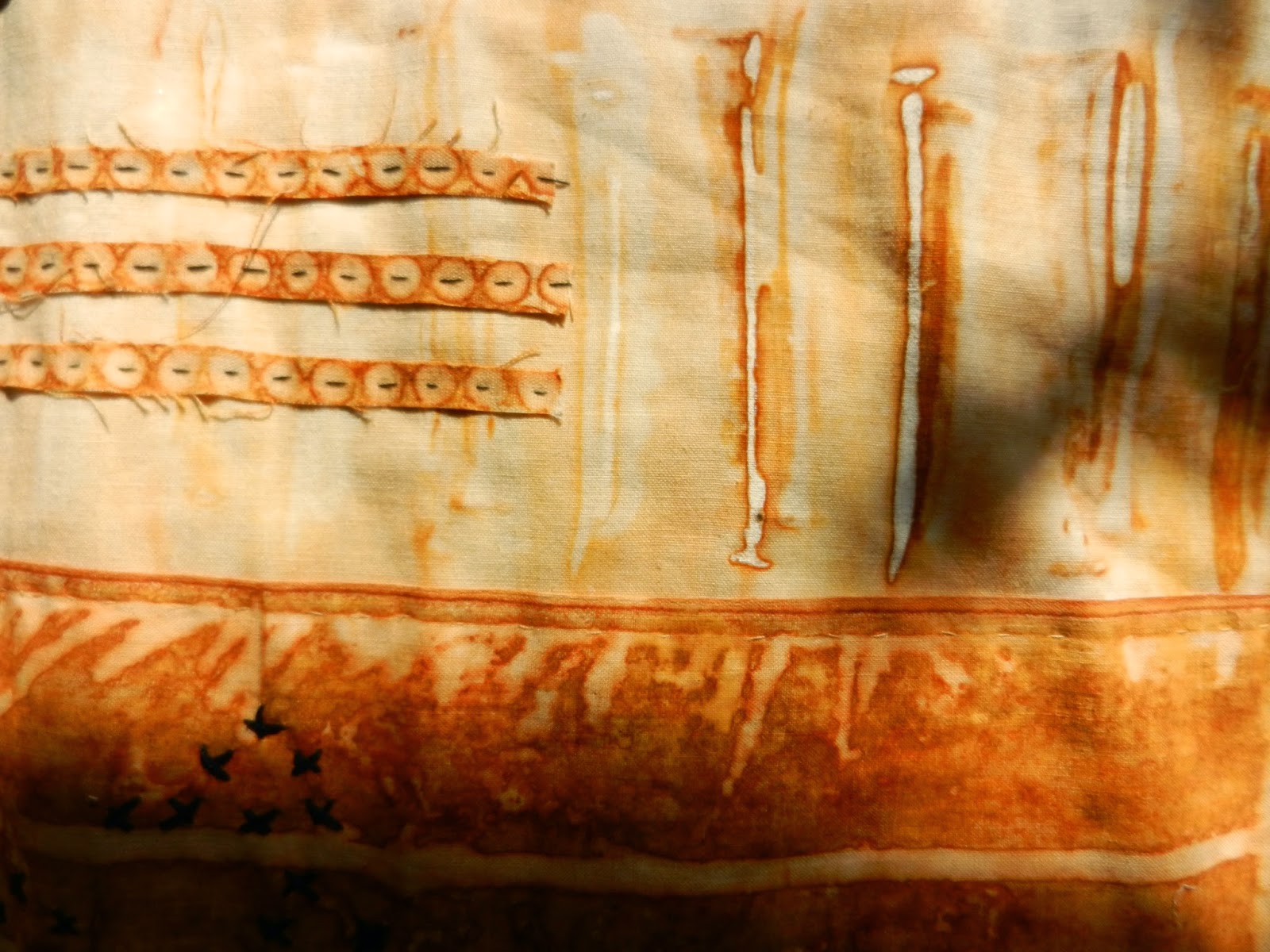 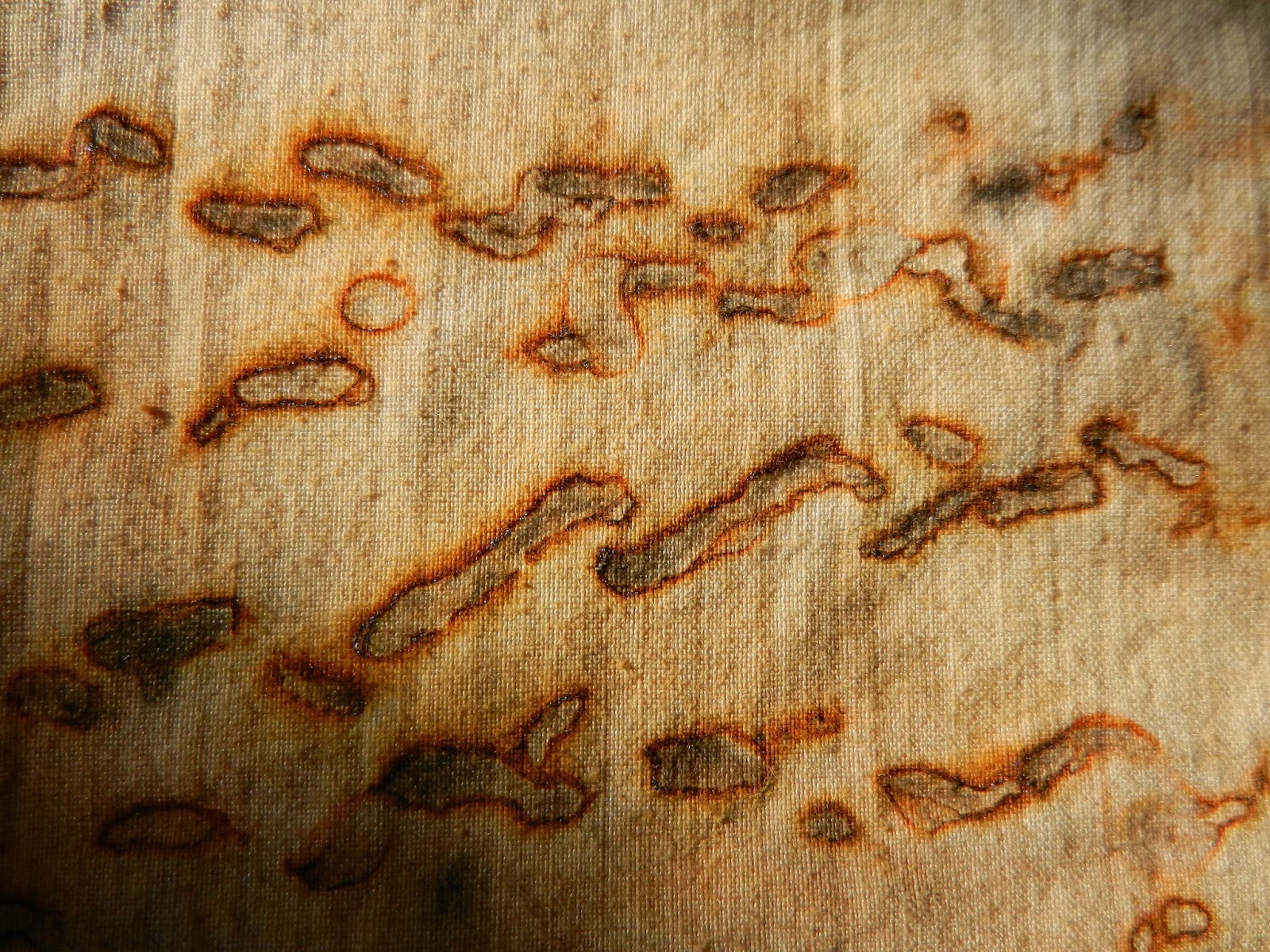 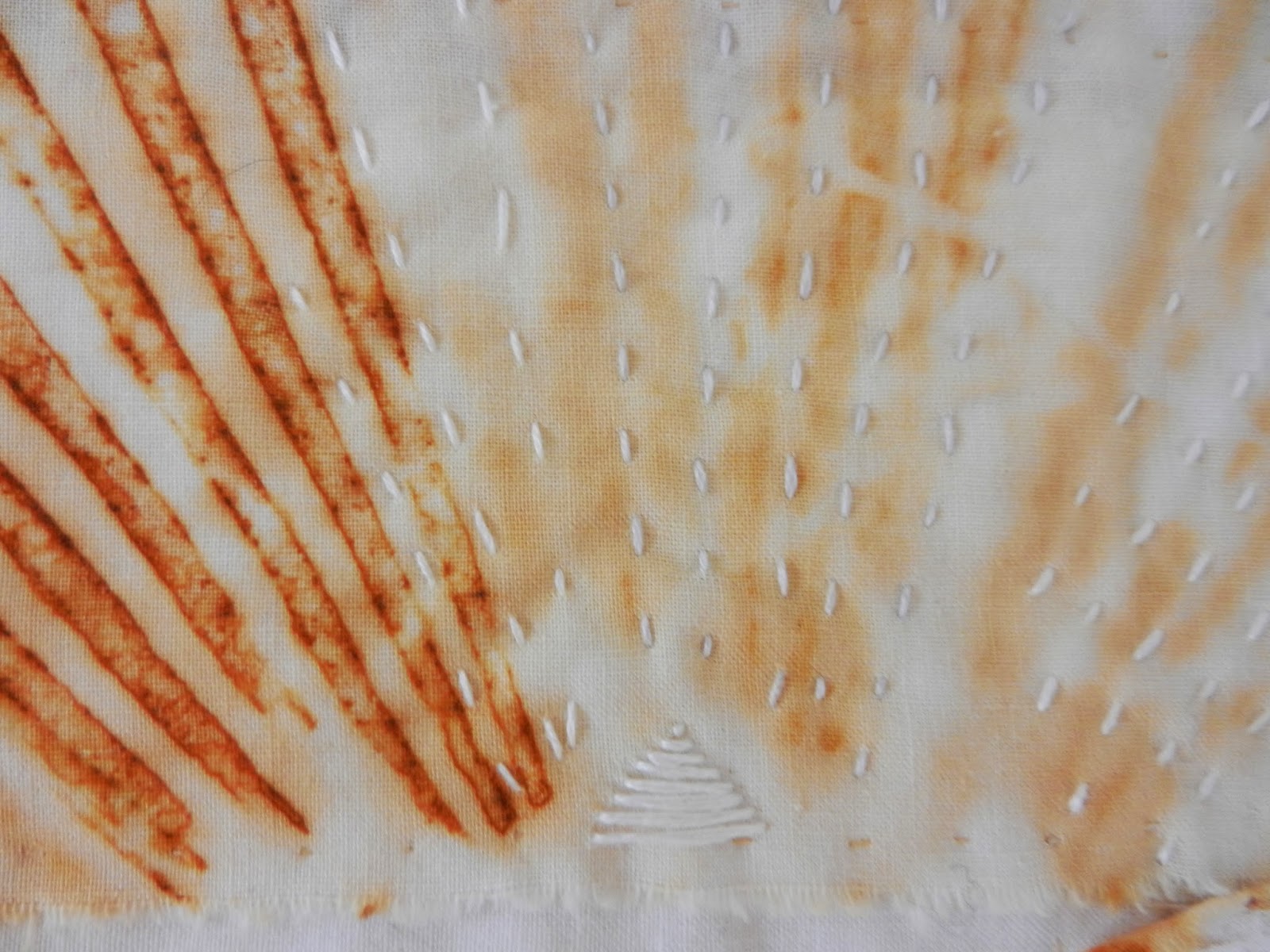 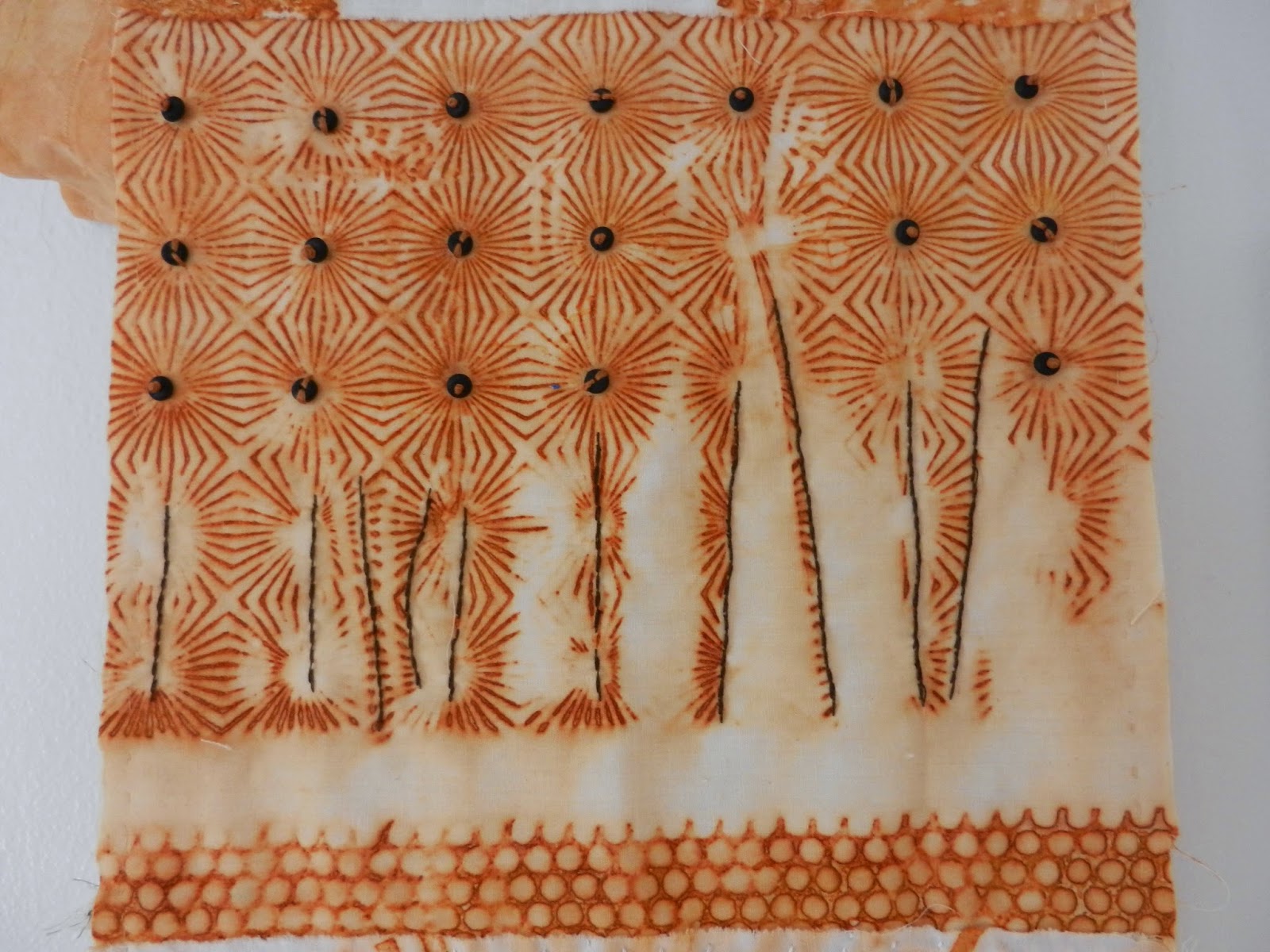 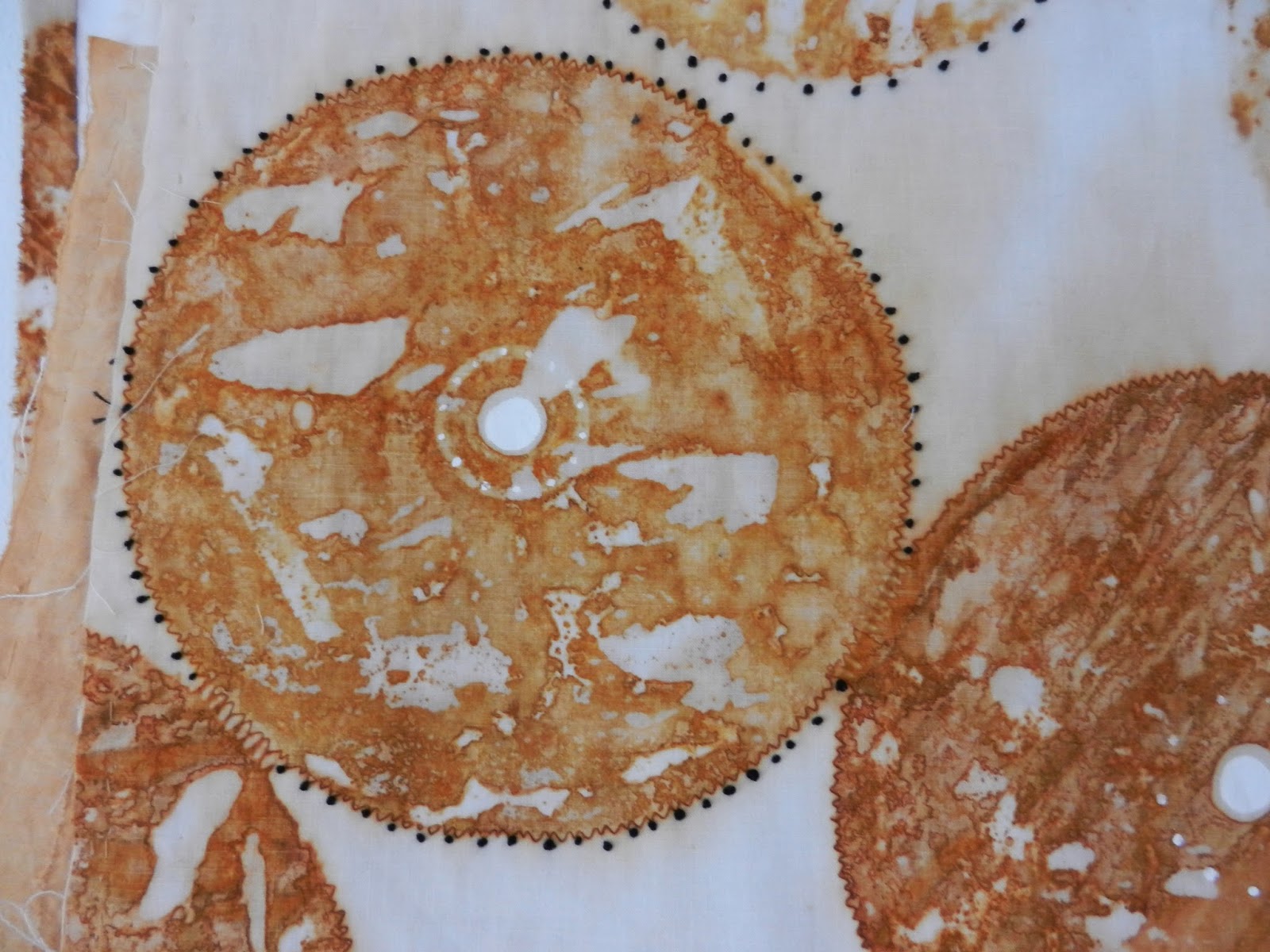 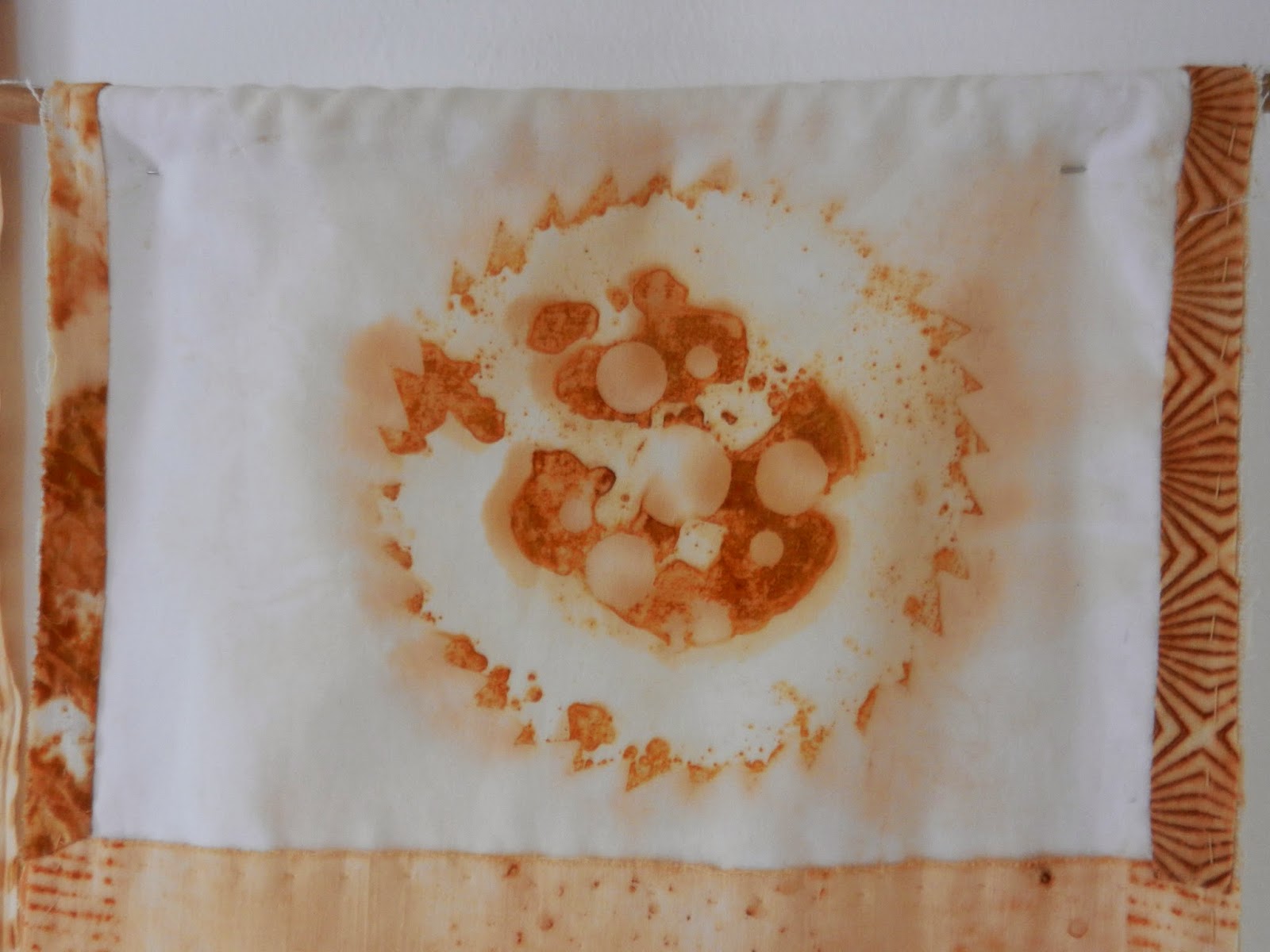 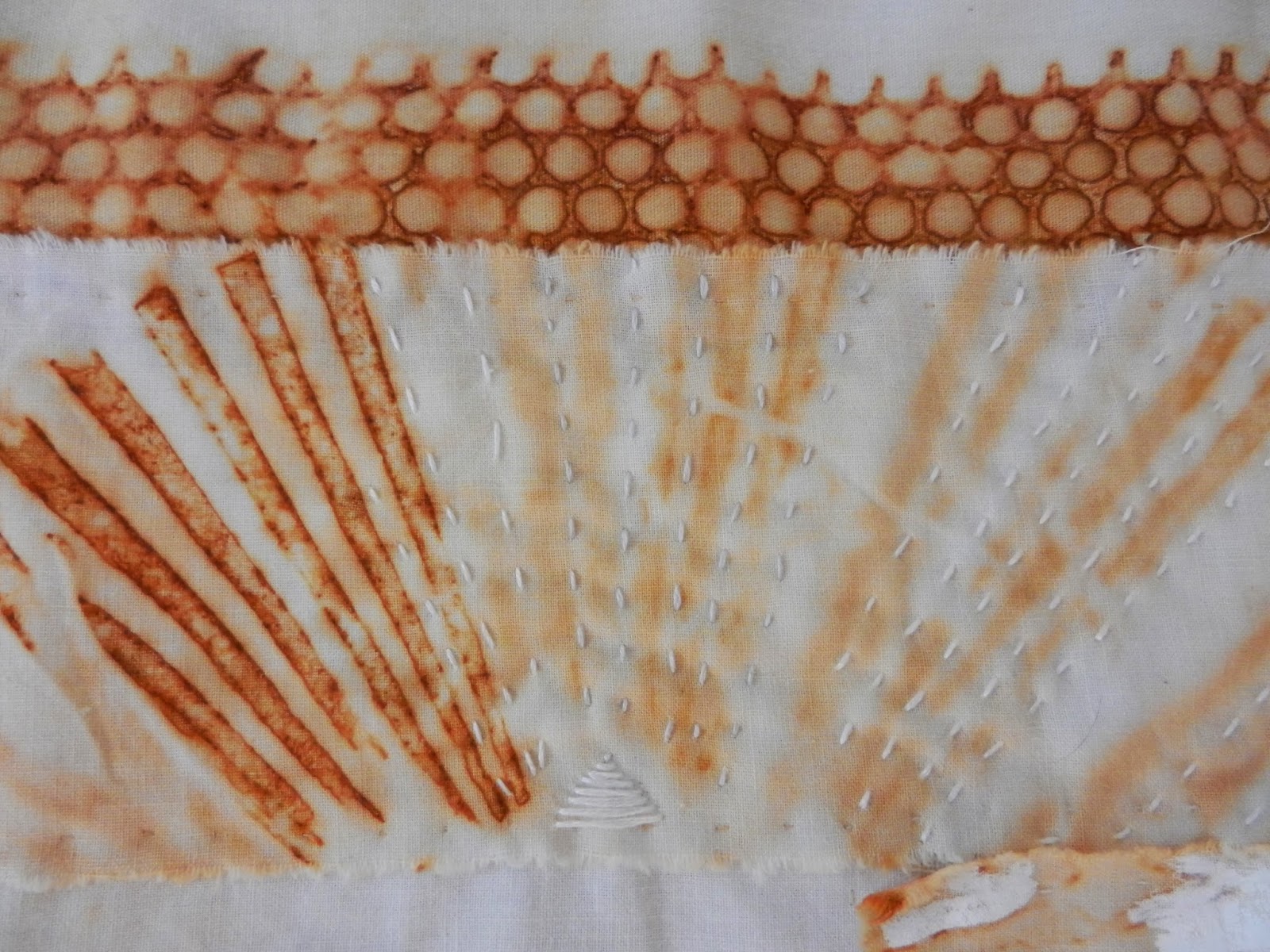 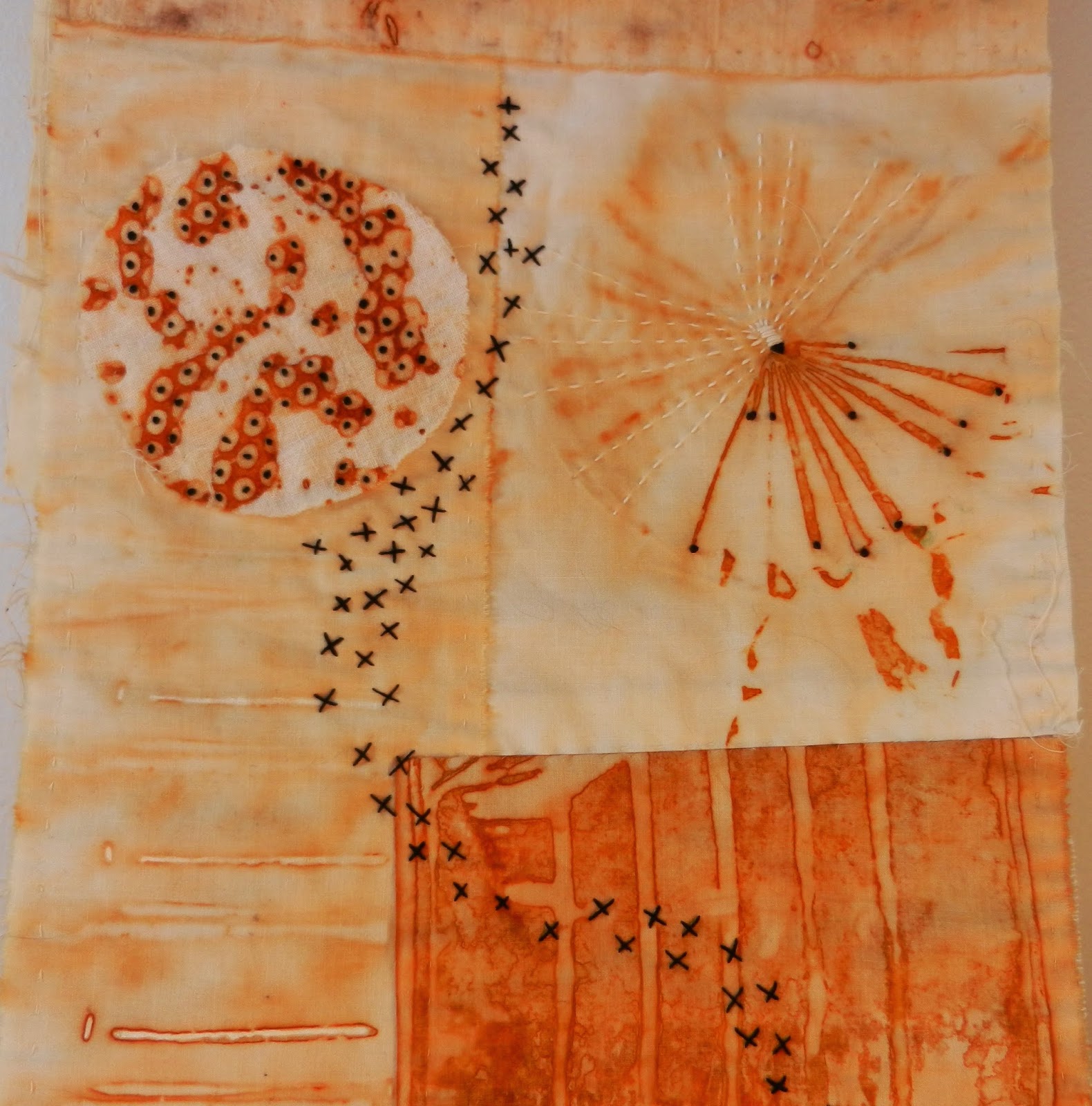 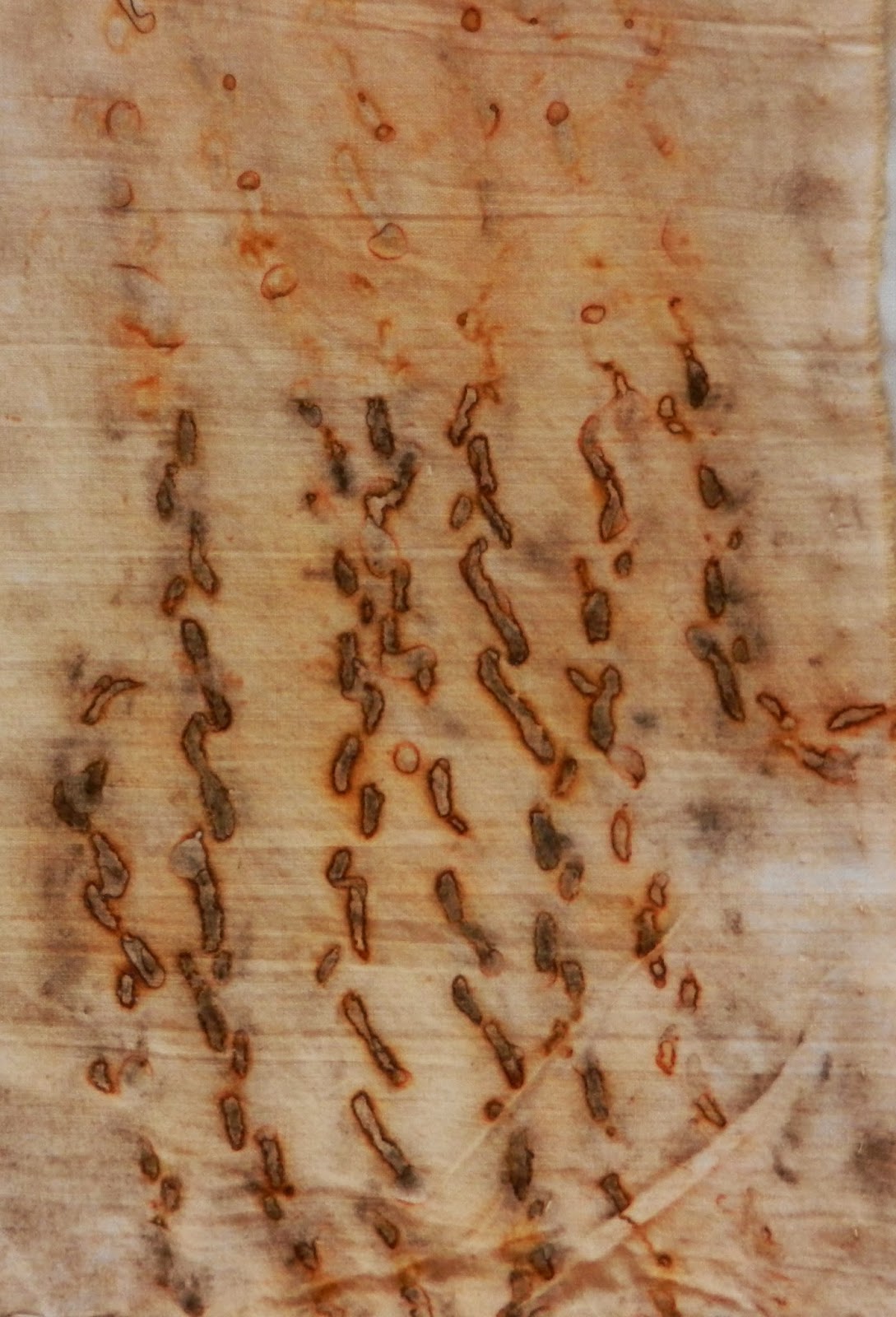 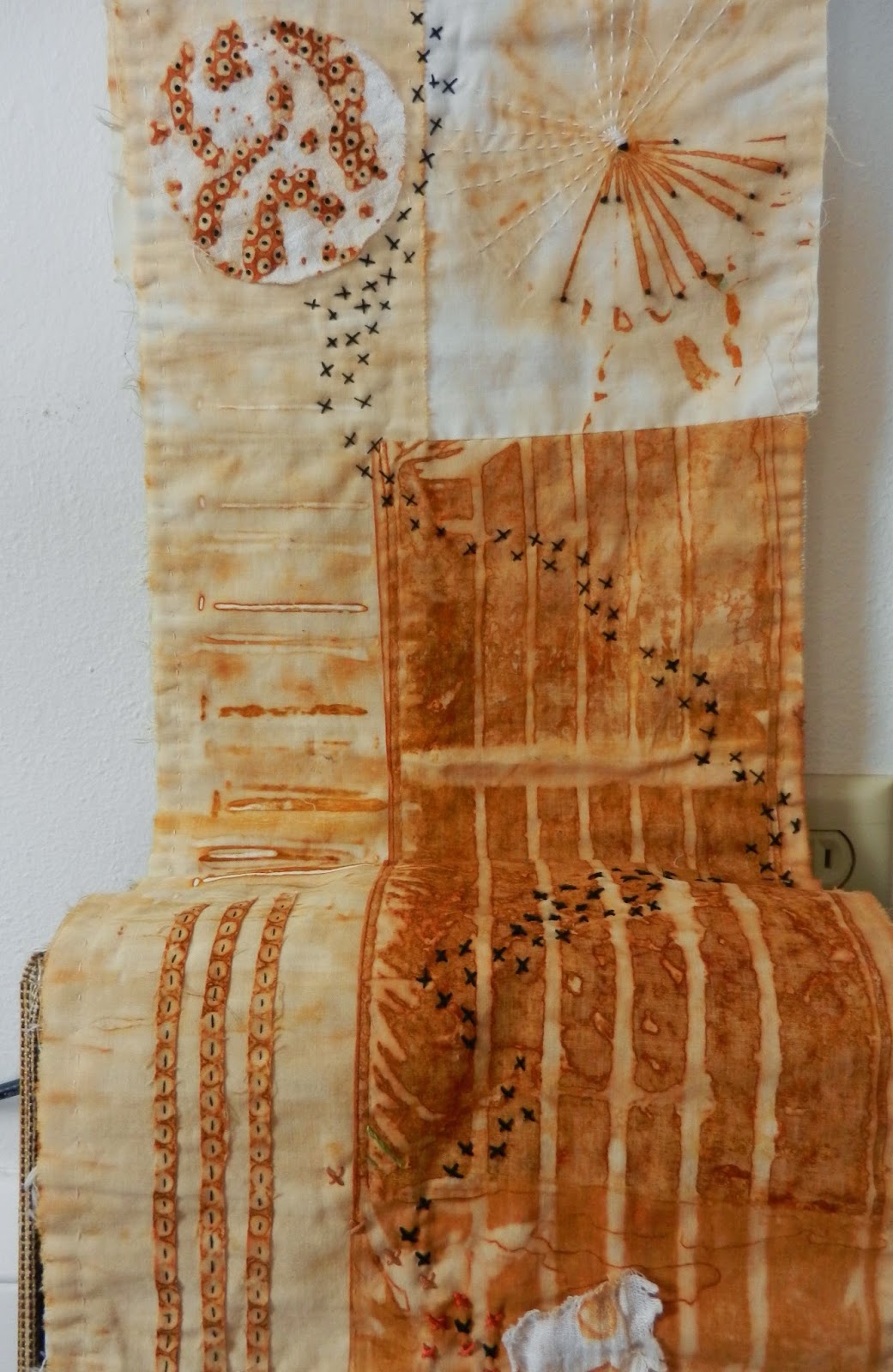 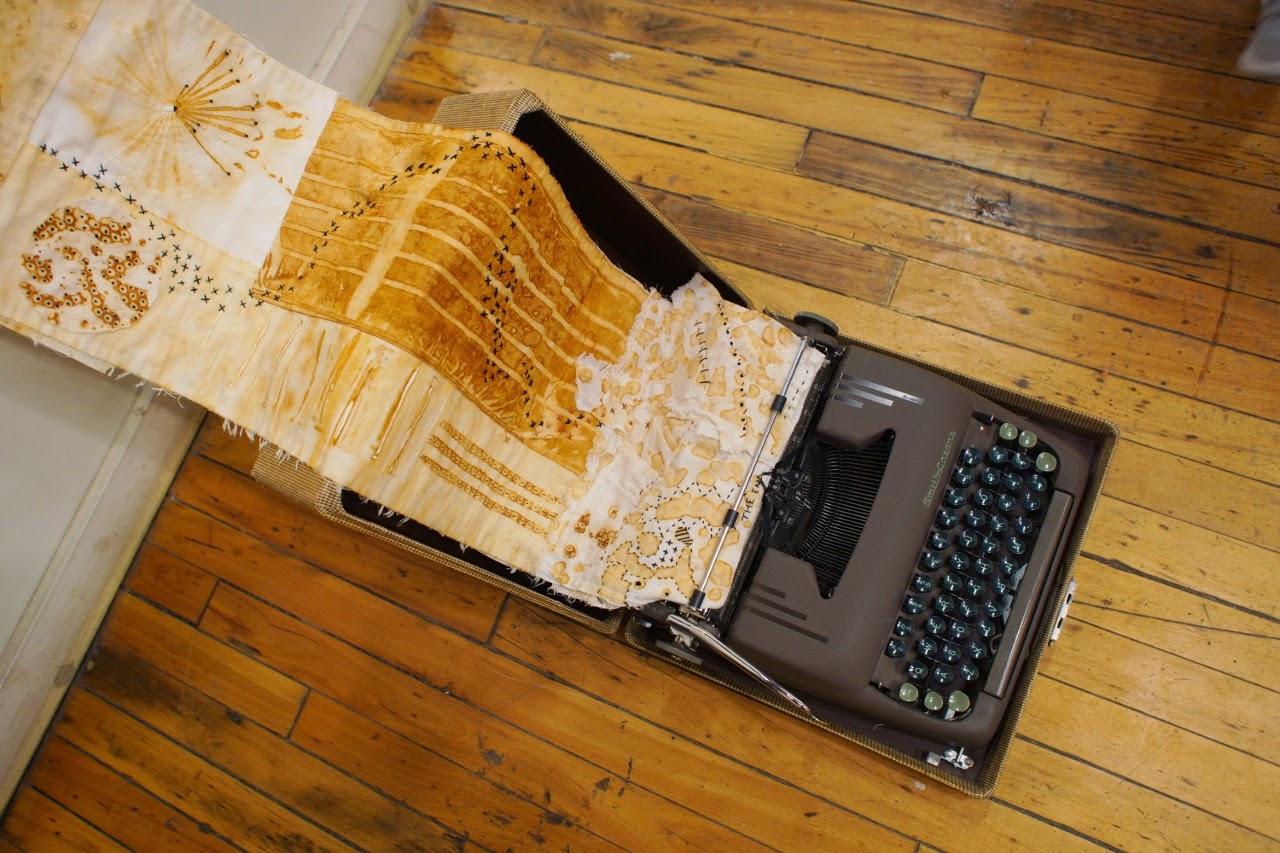 Posted by Cathy Missaghi at 1:35 PM